Using the classic game of BATTLESHIP to help review a song or songs was an idea I originally saw on Divine Secrets' blog back in 2009 and I thought it would be something fun to do sometime, so I put it down on my "Someday To Do Idea List" and there it sat just patiently waiting for me. Now with the advent of the movie BATTLESHIP coming out this weekend, I thought it would be a fun time to pull it out. No, I haven't seen the movie nor have I heard anything about it or even seen any previews, but, maybe the older kids have and might find this fun and exciting. And hey, a good ol' classic game, I don't think you can go too wrong with that. So here is my take on the game. 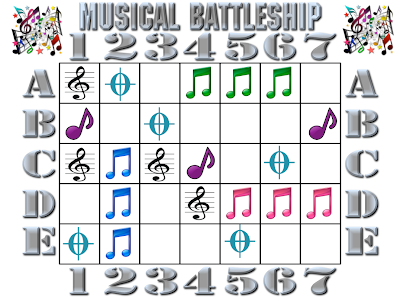 I created a game board grid and markers that you can print out if you like, but you could also play it the way it was originally done with pencil and paper, well, chalk and chalkboard for the Primary room. Just draw a grid on the chalkboard with the alpha-numeric headers and draw in X's and O's or other shapes for the hits and misses as you play. Basically, you play it like the classic game of BATTLESHIP with just a few fun musical changes. 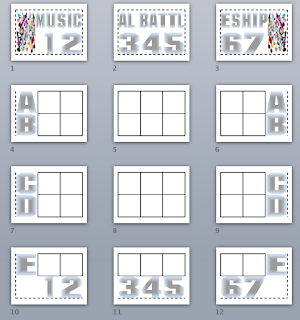 HOW TO PLAY (see update below) 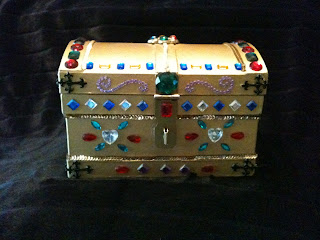 This should be a fun way to review a song or several songs over-and-over again.
Here are a couple of pictures of the key sheets showing three music ships and three submarines. Add Sea Mines (Coda Symbol) if you want.

The file for the game is below and includes the game board, game markers, blank key sheets and 2 sample key sheets.


Bombs Away On Your Singing Time!


UPDATE!
As much as I plan what I am going to do for singing time, something I have learned as a Primary Music Leader is that things don't always never go the way you plan. Depending on how much time you have or what is going on in your Primary that day, you become good at adjusting and adapting during your singing time. Because of a little shorter time and wanting to keep the game moving more, I made some changes to the game on the fly that also helped in adapting to how the children liked to pick the coordinates. They seemed to like to pick randomly on the board instead of trying to find the three in a row. So here is an adaptation idea to play this game that is more freeform that will help keep things going. Instead of having the three ships in a row, I randomly had the ships individually scattered on the key sheet along with the sea mines and subs. Each time they found a ship, any colored ship, we sang the first verse and continued to sing it each time a ship was hit until the first three ships were found. After singing it three times, that part of the song was sunk (still removed some visuals the 2nd time through and then no visuals on the 3rd time as in the instructions above). For SR I only did two ships for the first verse since they didn't need much practice on that verse. The next three ships found would be for the next verse and so on. Same rules as above, just random placements of individual ships. I'll admit to tweaking the game a little during play if after a few misses were found in a row, I would have the next guess end up being a ship even if it wasn't where one was planned on the key sheet. So in actuality, I had my key sheet handy and used it as a general guideline, but adjusted where the ships, subs or sea mines were a couple of times to make sure we kept singing without too much down time. Hope that all makes sense. You could really just pretend to use a key sheet and just randomly let them hit a ship, sea mine or sub. Yeah, that is rigging the game, but hey, you gotta do what you gotta do in the short time you have. The main object is to just have some interesting fun while the children learn the songs.